At its core, Jewish apocalypticism represents a form of political protest and historical interpretation. It is not, in the first place, concerned with the heavenly afterlife, fantastical beasts, natural catastrophes, or the collapse of space and time. Looks, in this case, can be deceiving.

Instead, as I’ve argued often, underneath the otherworldly spectacle of Jewish apocalyptic are the concrete hopes and expectations with which Israel wrestled since its inception: When will God fulfill his promises to his people, to Abraham, Isaac, and Jacob? When will Israel become a great and mighty nation, one which “possesses the gates of its enemies” and receives the “obedience of the peoples” (Genesis 22:17, 49:10)? When will God bless those who bless Israel and curse those who curse Israel (Genesis 12:3, 27:29, Numbers 24:9)?

Under the immense pressure exerted by imperial pagan domination, such questions were refined over the centuries into a single apocalyptic symbol: the kingdom of God—God’s “judgement over the nations” through the just reign of his son, the “highest among the kings of the earth” (Psalm of Solomon 17:3-4, Psalm 89:10, cf. Psalm 2:7-11). When this kingdom came, with evildoers condemned and the righteous rewarded, God’s will would finally be done on earth as it was in heaven.

Yet while this long-awaited kingdom was all well and good for those who lived to see it, some pressing questions remained. What was to become of the faithful dead, those who suffered faithfully but never saw? How would they participate in God’s annexation of and rule over the nations of the world? How would they be rewarded and their enemies punished?

It was questions such as these that pressed Jews to speculate regarding the afterlife, to reason that the righteous dead must surely enjoy God’s earthly judgement and political hegemony somehow.

The most popular solution to these issues, of course, was the resurrection of the dead. Sooner or later, God would bestow new life upon his elect. Whether that resurrection life was envisioned in literal or metaphorical terms, Jews generally ascribed to it the same basic functions: by resurrection, those who died on God’s behalf were to be vindicated and avenged on the day of the Lord.

Here are a couple of examples that I think demonstrate the point.

I provide these examples not to suggest that second temple Jews were incapable of  envisioning the resurrection in literal terms—they certainly could. Paul, for instance, appears to have believed that at Christ’s return believers (both dead and alive) would be given immortal bodies (cf. 1 Cor 15:50-52, Phil 3:20-21), apparently with which to inhabit God’s earthly kingdom.

But even still, for Paul the transformed body represented a solution to earthly problems rather than metaphysical ones. It was an apocalyptic response to political complications.

Here’s what I mean. In the context of Israel’s centuries-long degradation under heathen rule, the resurrected body symbolized a life untouched by persecution, marginalization, and humiliation. It meant, for Paul, that the shame once heaped upon the churches by the pagan world would be removed when Christ awarded his followers bodies of  “glory” and “honor” (δόξα, cf. Philippians 3:21, 1 Cor 15:43, Romans 8:18-25). At last, God’s people would live free from fear of a pagan sword (cf. Romans 8:31-39, Luke 1:68-79). At last, Israel’s God would be feared, his name hallowed among the nations. More than this though, resurrection for Paul meant that the churches would stand publicly vindicated as the idolatrous system of honor and shame was burned away and replaced—Christian ignominy transformed into respect and authority.

It was this reversal of fortunes on the earth, I would argue, that was Paul’s cardinal concern, even if he entertained the hope of a metaphysical transformation of bodies at Christ’s impending judgement. 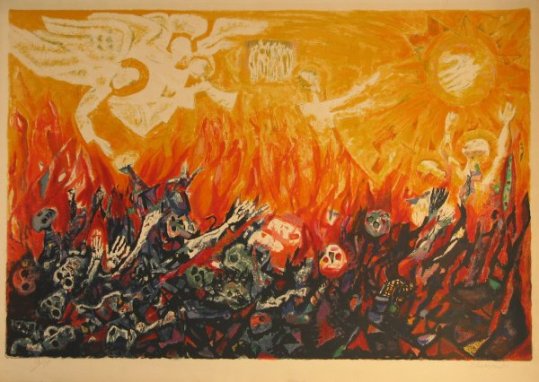 The Wisdom of Solomon, a popular work among early Christians, drives this point home. Though it exhibits no interest in resurrection, bodily or otherwise, what Wisdom suggests about the afterlife confirms the thesis: in the second temple period resurrection represented the means by which God would involve the faithful who had died in the administration of eschatological justice. It was intended as an answer to earthly, political problems (i.e. the persecution of righteous Israelites)—not as an answer to existential ones (i.e. natural death). Jews and Christians of the first century were, for the most part, not yet interested in resurrection outside of this constrained political-eschatological context.

Consider the following texts in which the author of Wisdom assures his readers that God will not forget his servants who paid the ultimate price at the hands of scoffers.

Like a sacrificial burnt offering [God] accepted [the martyrs slain by the wicked]. In the time of [the martyrs’] visitation they will shine forth, and will run like sparks through the stubble. They will govern nations and rule over peoples, and the Lord will reign over them forever. (Wisdom 3:6-8, cf. Revelation 20:4-6)

The righteous who have died will condemn the ungodly who are living… The righteous will stand with great confidence in the presence of those who have oppressed them and those who make light of their labors. When the unrighteous see them, they will be shaken with dreadful fear, and they will be amazed at the unexpected salvation of the righteous. (Wisdom 4:16, 5:1-2)

As in the apocalypses of Isaiah and Daniel, life after death in Wisdom serves limited purposes within a limited context. Those who have died live on only so that they might “visit” their living tormentors in judgement on the day of the Lord. In other words, they are awakened at the eschaton so that they may witness and participate in the condemnation of the wicked. Through this “visitation,” the righteous seek to rehabilitate their own reputations while at the same time denigrating the reputations of their oppressors. Naturally then, the wicked must become “dishonored corpses” and an “outrage among the dead” whose “memory will perish” (4:18-19). The righteous on the other hand—in whatever sense they might be alive—must have the last laugh now that they are numbered “among the sons of God… their lot among the saints” (5:5).

For the writer of the Wisdom of Solomon then, and thus for many second temple Jews, life after death had much more to do with God’s eschatological judgement and a person’s reputation among the living than it did with the nature of post-mortem existence. Rather, as in the texts we’ve reviewed, the dead are called upon at a specific eschatological time in order to accomplish a specific task with specific earthly outcomes. 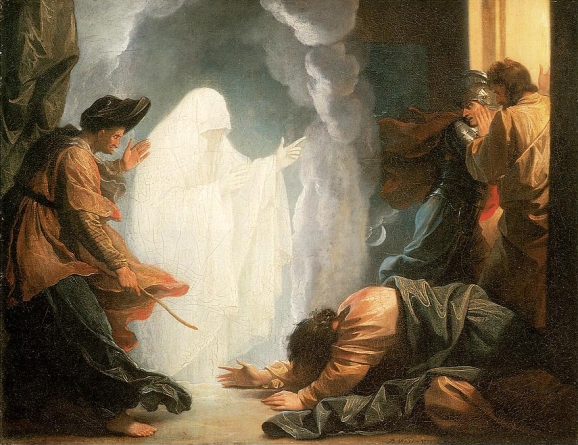 Within this context, Paul’s comparison between the “glory” (i.e. “brightness”) of astral bodies and the glory of the resurrected body makes a good deal of sense (1 Cor 15:35-49). He is concerned firstly with the world’s perception of the fallen saints. Will the righteous dead forever suffer disrepute as false prophets trampled over by the divine mandate of Rome? Or will the nations ultimately acknowledge the awesome radiance of those they slaughtered, hailing them as pioneers, craftsmen, and even rulers of the new age?

14 thoughts on “The return of the living dead: the purpose of resurrection in the second temple period”