Behold, I have appointed you today over nations and kingdoms, so that you might uproot and undermine and destroy and rebuild and plant. (Jeremiah 1:10)

Just before Jerusalem fell to the Babylonians in 586 BCE, God enlisted Jeremiah as his prophet. Jeremiah was to prophesy concerning all the peoples of the earth. He would decree destruction for some nations, restoration for others. Through Jeremiah’s word God would repave the socio-political landscape of the day: a pretentious Jerusalem would be punished and thereafter exalted for righteous repentance; an arrogant Babylon would be brought down to Hades forever; all the peoples of the earth would look on in wonder at the mercy and power of Israel’s God.

And so through this turmoil, a complacent and idolatrous Israel would once again become a kingdom of priests serving the one true God for the sake of God’s name among the surrounding nations. The sky would fall and the earth would shake, but history would continue under a new set of conditions, conditions more suitable to God’s aims in the world.

I bring up the prophet Jeremiah and this outline of his ministry because I think it serves us remarkably well as we consider Jesus’ own role as prophet. As a faithful prophet of God, Jesus too spoke God’s words, performed God’s deeds, and warned his people of their impending fate and potential redemption. More than this though, the prophet Jesus prepared Israel for the concrete socio-political transformations that were about to take place in the inhabited world.

Like Jeremiah before him then, Jesus was appointed not only to predict what must soon occur, but to serve as the eschatological agent of those prophecies. According to God’s command, Jesus himself would uproot nations and rebuild kingdoms, both by his prophetic word and by his eschatological sword. On that eagerly-awaited day of the Lord nations would be hurled either into fire or into life according to Christ’s judgement (cf. Matthew 25:31-46). A new righteous kingdom, a kingdom “restored to Israel,” would then stand supreme over the now defunct pagan nations. In this God would vindicate his faithful people and bring about conditions suitable for their safety and their priestly service (cf. Luke 1:71).

As was the case in the time of Jeremiah then, this new prophet would, unexpectedly, bend history toward God’s will. 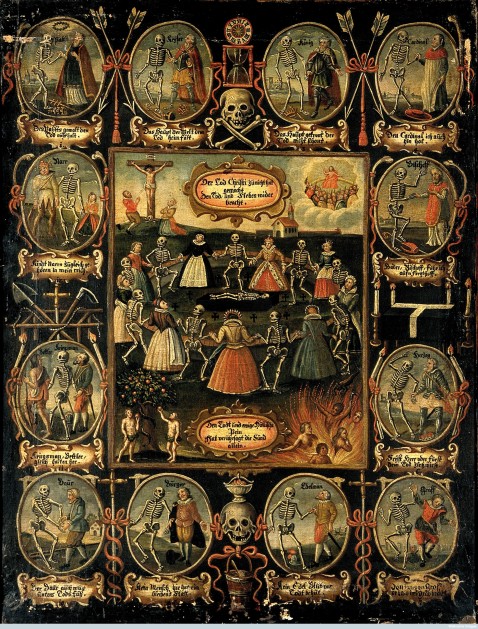 The wrath that moves the nations

From here I think we are in a position to reformulate the concept of God’s wrath. While Christian theology has systematically excised God’s wrath from its eschatological and historical context only to refit it for a post-mortem Hell, the divine wrath of the Bible deals primarily with issues of worldly, social, and political injustice (cf. Jeremiah 25:15-38), not with individuals and their personal sins that must be accounted for in the next life.

Rather, through God’s Biblical wrath peoples were crushed and peoples were rescued (cf. Isaiah 51:17-23, Ezekiel 30:15). Nations were torn down in judgement (cf. Jeremiah 50:11-16, Exodus 15:17) and exalted in mercy. And so it was into this thoroughly worldly context that Jesus, Paul, and John warned their followers of God’s coming wrath (cf. Revelation 10:11).

The divine wrath of the New Testament is therefore in my view exhaustively eschatological and wholly historical; it both looms over the near future (cf. Matthew 3:7, Luke 21:23, 1 Thess 5:9, Revelation 6:16-17) and at times breaks into the present evil age as a foretaste of what must soon take place everywhere (cf. 1 Thess 2:15-16, Romans 1:18-2:11, John 3:36, 2 Peter 2:9). It prosecutes, therefore, the living and not the dead. It liquidates that which has no place in the age to come (cf. Galatians 5:19-21, 1 Cor 6:9-11) and preserves that which is worthy of the “life of the age” (cf. Romans 2:5-10, Ephesians 2:3, 5:6). Believers are saved from it, not centrally by Christ’s substitutionary death, as evangelicals insist, but by Christ’s vengeance on the last day: “Jesus, the one who delivers us from the wrath to come” (cf. 1 Thess 1:10, Romans 5:9). Above all, whether manifested through armies, famines, earthquake, social decline, political instability, or otherwise, God’s wrath is the means by which God reshapes international politics and religion for his own purposes.