Following the pattern set down by the New Testament writers themselves, Christians often speak of Jesus as the fulfillment and culmination of Old Testament covenant promises (cf. 2 Cor 1:20, Luke 24:27). While the precise meaning of such claims is sometimes difficult to ascertain, the consummation of God’s promise to Abraham is usually prominent in these discussions: “through your offspring shall all the nations of the earth be blessed” (Genesis 22:18, cf. Galatians 3:8). Christ, Christians say, is the offspring through whom the nations are blessed.

According to most Christian interpretations, God fulfilled this promise to Abraham by handing over Christ-the-son-of-Abraham as a perfect sacrifice for human sin. Through the sinless death of Abraham’s offspring, and subsequently through the Christian witness of Abraham’s adopted children (cf. Galatians 3:7), God blessed the nations with the offer of eternal redemption. The gospel went out into all the world.

As is characteristic of Christian theological reasoning then, God’s covenant with Abraham ultimately addresses spiritual and existential issues rather than concrete social and political ones. When interpreted through Christ in this way, Abraham’s story answers the question How can individuals (gentiles in particular) enter a right relationship with the true God? rather than the question How will God’s will prevail upon the earth despite its rebellious inhabitants?

Many Christians engage with other covenant promises in similar ways, often finding hints and shadows of Christ’s sacrificial death in the pages of the Old Testament. This approach has long struck me as an exercise in motivated reasoning; it begins by affirming the premier Christian doctrine (salvation by faith in Christ’s death) and then clumsily works backwards through the Hebrew texts.

I think it would therefore be beneficial to revisit some of these covenantal promises in their original contexts. Let’s look briefly at the substance of what God promises the Patriarchs and David.

Abraham: all the nations shall be blessed

The promises God makes to Abraham concern firstly Abraham’s human lineage. His offspring will be more numerous than the “stars in the sky” (Genesis 15:4-5) and the “sand on the shore” (Genesis 22:17, cf. 17:2).

The purpose of this superabundant progeny is decidedly socio-political: Abraham’s children will become a “great and powerful nation” (Genesis 12:2, 18:18) dwelling safely and prosperously in the land of the Canaanites (Genesis 22:18, cf. Exodus 32:13). This new nation will be so magnificent that God will bless and curse the peoples of the world through it (Genesis 12:3, Numbers 24:9). God will, in effect, enforce his judgements upon the earth by means of the political prominence enjoyed by his chosen nation (cf. Isaiah 60).

Far from hinting at a propitiatory death for sin then, the Abrahamic covenant awaits Israel’s political supremacy and its theo-cultural hegemony. It is through these that all the nations will be blessed.

Isaac, Jacob, and Judah: the obedience of the nations

God deals with Abraham’s offspring in similar ways. He offers the same promises of abundant progeny and fecund land to Isaac and Jacob (cf. Genesis 26:4, 28:14, 35:12). To Jacob God extends Israel’s territorial aspirations; Jacob’s descendants will be “like dust… spread out to the west and east and north and south” (Genesis 28:14, cf. 25:23).

God’s plans for the Israelite people are also represented in the blessings passed from parent to child in the Genesis narrative. Like the promises issued by God to the Patriarchs, these blessings are emphatically earthly in their expectations.

Although most Christians today have little use for these, God’s promises of national success given to and passed among the Patriarchs were deeply meaningful to a small and marginal people wandering through a hostile world. Such a people would have been far more concerned with the fate of their nation than they would be with the fate of their eternal souls. 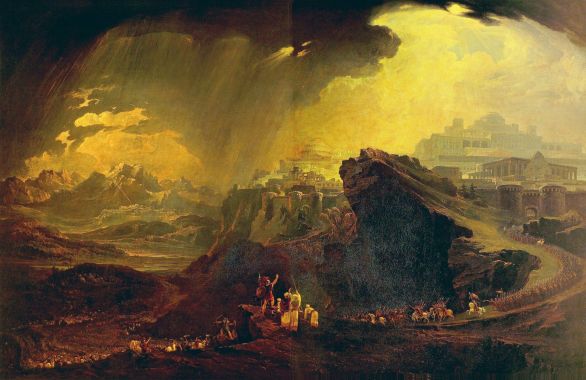 In Acts 13:34 Paul proclaims that Jesus has inherited the “holy and sure blessings of David.” Christians have typically taken this as a reference to Christ’s sovereignty over history, our personal lives, and the final judgement. Christ is the heavenly king and eschatological judge.

While this is somewhat closer to the mark than the Christian interpretation of the Patriarchal covenants, the primary intention behind the Davidic covenant has still been missed in my view. Like the covenants before it, the Davidic covenant is centrally concerned with concrete political and historical realities.

I will make for you a great name, like the name of the great ones of the earth. And I will appoint a place for my people Israel and will plant them, so that they may live in their own place, and be disturbed no more; and evildoers shall afflict them no more, as formerly… I will give you rest from all your enemies… Your house and your kingdom shall be made sure forever before me; your throne shall be established forever. (2 Samuel 7:9-11, 16)

The Hebrew scriptures abound with similar depictions of David’s archetypal rule. The centerpiece of this rule is always political clout and stability.

From this cursory review of the Old Testament covenant promises, it seems to me that the Christian interpretative tradition has systematically avoided the substance of Israel’s hopes by limiting and redirecting their fulfillment to heavenly, spiritual, and non-historical outcomes. While some will argue that this (re-)understanding of God’s covenantal promises begins in the New Testament texts themselves, there is no indication in the Hebrew scriptures that the great Patriarchal nation or the powerful Davidic kingdom would be anything other than an actual nation and an actual kingdom. When Jews and pagans put their faith in Jesus as the son of Abraham and the son of David, their expectation was undoubtedly that he would soon establish a righteous Christian political order in the place of the recalcitrant and misguided pagan word.

19 thoughts on “What kind of blessings did the churches inherit from Israel?”