Leading up to and following the overthrow of Greco-Roman paganism by Christian monotheism, Greek-speaking Christian elites gradually transformed Jesus’ original apocalyptic message (i.e. the gospel of God’s impending and annexation judgement of the nations) into a religion that could sustain the now politically dominant church for centuries to come. Through this process, the New Testament was made to transcend, and in fact, shed its imminent eschatological outlook. Such an outlook proved to be far too stifling in the new world, greatly constricting the appeal and application of the faith.

Since then Christians have looked for, and indeed found, timeless moral and philosophical insight within the New Testament texts. No longer a political manifesto concerning God’s capture of the pagan nations in history for the sake of his people, the New Testament became the story of humanity’s spiritual and cosmic redemption. This new New Testament had something to say not just to first century Jews awaiting the arrival of the messianic kingdom and God’s righteous justice in an idolatrous world, it had something to say to all people in all times.

Some particularly stubborn texts, however, especially those among the sayings of the Synoptic Jesus, have sought to escape this new and artificial habitat. Such sayings are held hostage only by the bonds and fetters of strange and fragile interpretive strategies.

And so, in the next few posts I will endeavor to set these prisoners free.

In a Markan saying,¹ Jesus recommends the excision of certain body parts for the sake of one’s life. Jesus predicates this extreme prescription upon his apocalyptic vision: God will soon cast sinners into the life-destroying fire of Gehenna (cf. Matthew 3:12, 10:28, Jeremiah 7).

While virtually all Christians banish this saying to the realm of hyperbole and metaphor, Jesus’ amputation-prone attitude extends beyond these verses and beyond the physical body. He proposes, for instance, the excommunication of unrepentant sinners from the church (Matthew 18:17), the abandonment of (unbelieving) family members (Mark 10:28-30, cf. 1:20, 3:32-35), the total renunciation of possessions (Mark 10:21, Luke 14:33), and even the mutilation of one’s genitalia (Matthew 19:12),² all for the sake of the coming kingdom.

Surely these social-type amputations were not merely intended as hyperbole and metaphor. They betray, rather, a fearful intolerance of sin and sinners among God’s people, brought to bear by the rapid closing of time: “the kingdom is at hand, repent and believe.” 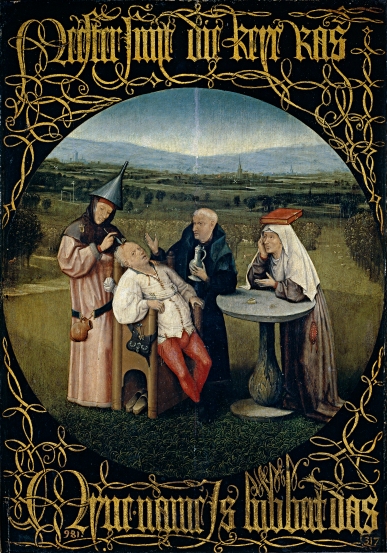 Granted then that Jesus believed fiery judgement was about to rain upon Israel and the world, he may have also felt that radical measures and precautions were in order. Since amputation was sometimes ordained as punishment for crimes in Moses’ Law (Deuteronomy 25:11-12, Exodus 21:23-25, cf. Ezekiel 23:25; 34), it is conceivable that Jesus urged his followers to afflict themselves with righteous wounds before God came in wrath; to save their lives by punishing their bodies and crippling their capacity for sin. Such would correspond well with Jesus’ extremism in regards to sin exhibited elsewhere (cf. Matthew 5:21-48, Mark 9:42). Just as ancient Israel once “purged the evil” from among the people through capital punishment (cf. Deuteronomy 13:5, 17:7, etc.), and thus staved off the destruction and exile of the entire community, so too did Jesus recommend the amputation of limbs for the sake of the whole person.

In the end though, regardless of Jesus’ true intentions in Mark 9:43-48, our squeamishness regarding amputation for the sake of sin-management probably originates with us, not with Jesus. In those last days, Jesus announced that salvation required the faith to do the impossible, perhaps even voluntary amputation.

1—Matthew redacts these verses in 18:8-9 but also supplies his own unique (though almost-identical) version of the saying in 5:29-30. Unlike the argument from embarrassment, the argument from multiple independent attestation probably fails.

5 thoughts on “Some hard sayings of Jesus: amputation”