Mary did you know?

The Matthean and Lukan infancy stories are the dominant sources for our traditional understanding of Jesus’ familial relations. Based on their testimony, we tend to picture the holy family as a harmonious unit; as a family supportive of their son’s prophetic and messianic vocation from the very beginning. With the opening chapters of Matthew and Luke we insist that Mary and Joseph knew Jesus was God’s son even before he was conceived. 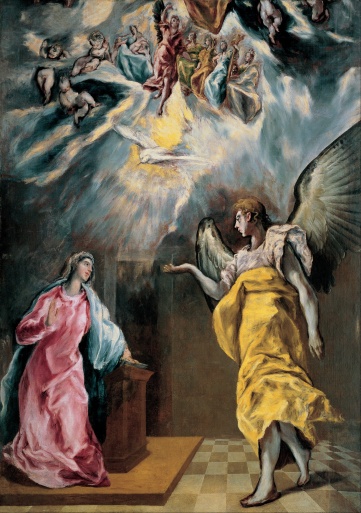 There is, however, much difficulty with this view from a historian’s perspective.

In the first case, the beloved birth stories from which this picture emerges exhibit a remarkable degree of isolation from the rest of early Christian tradition. Neither Matthew nor Luke mention the events of the birth elsewhere in their narratives. In fact, the miraculous birth is mentioned nowhere else in the entire New Testament: nothing in the creedal formulas; nothing in the apostolic preaching. No census, no annunciation, no Bethlehem, no virgin birth. It is as if Matthew 1-2 and Luke 1-2 were incorporated into the developing body of early Christian tradition from the very margins of that tradition.

In what follows I want to explore that familial friction further.

Before turning to specific texts though, some broader context will be helpful.

Being that he was an eldest son, Jesus was entrusted with great expectations. When his father died, Jesus was to be the man of the family. He was expected to fulfill at least three primary functions:

As is quite apparent, however, Jesus abandoned all of these obligations after he was baptized by John. He left home, gave up woodworking, and eschewed marriage (cf. Luke 23:29, Matthew 19:12). Moreover, Jesus became a world-denying prophet of repentance at the end of the age. In light of his belief that God’s kingdom was fast approaching, family life became for Jesus a liability. He therefore praised those who gave up conventional existence for the sake of the kingdom:

There is no one who has left house or brothers or sisters or mother or father or children or lands, for my sake and for the gospel, who will not receive a hundredfold now in this time, houses and brothers and sisters and mothers and children and lands, with persecutions, and in the age to come eternal life. (Mark 10:29-30)

Undoubtedly, such teachings and behaviors brought a degree of disrepute upon Jesus, and thus upon his family (cf. Mark 6:1-6). We should therefore expect family relations to have been difficult if not ruptured.

So how then did the holy family respond to Jesus’ controversial prophetic work? The Gospels leave some clues.

With the criterion of embarrassment in hand, these texts seem to suggest that Jesus’ family life was indeed rocky. Even Mary, the first believer in Christ according to Luke 1:28-38, had serious doubts about her son’s ministry. Jesus’ brothers were probably even more forward in their disapproval—to such a degree that Jesus tended to avoid them, handing over the care of his mother to a disciple rather than to one of his brothers (John 19:26-27). One of the possible explanation for Jesus’ solitude in death and grave then is some kind of familial estrangement.

Later Christians were understandably bewildered by these implications and so preferred the happy family dynamics of the nativity stories. As the church’s apocalyptic fire died down, so too did its use for Jesus’ radical apathy towards family life (cf. 1 Corinthians 7:25-31).

Yet in sharp contrast to this mutual disaffection during Jesus’ life, multiple independent traditions recall Jesus taking a strong and persuasive interest in his family after he had been raised from the dead (cf. Matthew 28:10, John 20:17, 1 Corinthians 15:7). As was the case with the disciples, it was here at the resurrection that the work of rehabilitating Jesus’ unbelieving family began. His brother James and his mother would soon take on important roles in the community (cf. Acts 1:14, Galatians 2:9).

Woman, why are you saying this to me?

With this matrix in place we might be able to decide on what is meant by the famous exchange between Jesus and his mother in John 2:4.

When the wine ran out [at the wedding], Jesus’ mother said to him, ‘They have no wine left.’ Jesus replied, ‘Woman, why are you saying this to me? My time has not yet come.’

While the title “woman” (γύναι) could be used in polite discourse with women, it is “without parallel for a son to speak thus to his mother” (Raymond Brown, The Gospel and Epistles of John, 28). Moreover, the phrase “why are you saying this to me” (τί ἐμοὶ καὶ σοί) in Biblical context suggests either dismissive disengagement (2 Kings 3:13, Hosea 14:8) or the angry pleading of someone who has been wronged (Judges 11:12, 2 Chronicles 35:21, 1 Kings 17:18). It is this former meaning that makes the most sense here. As such it seems Jesus wanted nothing to do with the issue despite his mother’s concern. He thus spoke to her as a disrespectful son.

So if we set aside the theological point John is making about Jesus’ final hour, it stands to reason that this exchange represents the very real tension that existed between mother and son as witnessed elsewhere in the Gospels. At least during his prophetic ministry, Jesus resisted the constraining influence of his family. Jesus wanted to be a prophet to Israel; his family wanted him to be the master of his house.

Surely Jesus’ prediction that a man’s enemies would be the members of his own household applied also to the holy family (Matthew 10:21-22; 34-37).

There is a plan