Mark leaves a curious note in his telling of Jesus’ sea crossing that has left interpreters puzzled. Though seemingly uncharacteristic of Jesus, the evangelist writes that he “desired to pass by” his swamped disciples (ἤθελεν παρελθεῖν αὐτούς) (Mark 6:48).

For many readers this is troubling. Why would Jesus desire to pass by his helpless friends rather than assist them as he did before (Mark 4:35-41)? Is this willful neglect on the high seas?

One popular solution to this problem is provided by Richard Hays in his book Reading Backwards. In his view, the sea crossing scene falls into the genre of theophany. By “passing by” his nautical onlookers, Jesus discloses his identity as YHWH, the God who reveals his glory by “passing by” Moses and Elijah (Exodus 33:22, 34:6, 1 Kings 19:11).
Further, Hays draws attention to LXX Job 9:8-11 where the Lord YHWH is said to “tread the waves of the sea.” The writer of Job goes on: “if [the Lord] should pass me by I will not know it” (ἐὰν παρέλθῃ με οὐδ᾽ ὧς ἔγνων).

Hays puts the finishing touches on his argument by commenting on Jesus’ declaration: “It is I” (Mark 6:50). According to Hays, Jesus here applies to himself YHWH’s name, ἐγώ εἰμι, “I am,” as recorded in LXX Exodus 3:14.

Altogether then, Hays has presents a strong and interesting case. Jesus desires to pass by his disciples, not in order to avoid them, but in order to reveal to them his true identity as YHWH.

What at first glance appears to be a watertight argument, however, does have some serious holes in my view. Here are a few.

In my view there are more than enough holes here to warrant exploration into other, easier solutions. 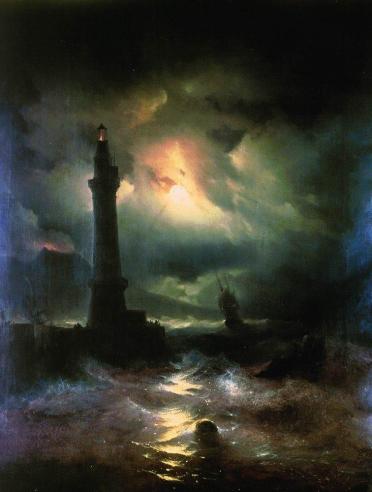 It seems to me that one of the blind spots in this discussion and others like it is our assumption that Jesus ought to act in a certain way. While we are drawn to a Jesus who is always generous and understanding because we value such traits, this is not the Jesus preserved in the Gospels, especially the Jesus preserved in the Gospel of Mark. In fact, if we read Mark carefully, we should not be at all surprised that Jesus intended to pass by his disciples. On more than a few occasions Jesus reinforces his expectation that the disciples should operate independently of him. Consider these examples.

All of this suggests that Mark’s Jesus expected his disciples to take care of their own problems by imitating their master’s faith. Jesus believed that if their faith was strong there would be nothing to fear and nothing to impede their power.

It makes a good deal of sense then that Jesus sleeps during a storm in one case and desires to walk past the boat in another. The disciples need to learn how to work as their master works. They won’t be able to rely on Jesus’ faith forever.

So why did Jesus cross the sea? Probably to get to the other side.

9 thoughts on “Theophany at sea or apathetic Jesus?”