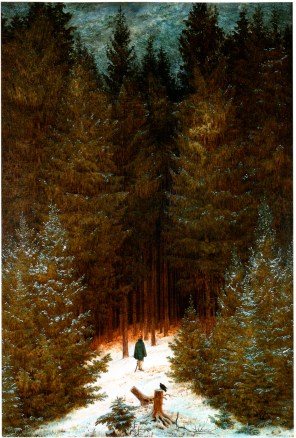 Certain preterist eschatological models are becoming more and more popular in Christian circles because they address an urgent problem: If we are going to read Jesus’ statements about the date of the eschaton (“Truly I tell you, this generation will not pass away until all these things have taken place,” etc.) in a straightforward way, how can we save Jesus from the charge of false prophecy? For, unperturbed by doomsday prophets of all stripes, history has roared past “that” generation and now surges into the 21st century.

Believers who accept the frank imminence of Jesus’ eschatological claims are therefore left with only one viable option: Jesus was talking about something other than the close of history. Whatever “all these things” consisted of, it didn’t include the end of the world.

The son of man and the Temple

The most successful of these preterist models associate “the coming of the son of man on the clouds of heaven” with the destruction of the Jerusalem temple in AD 70. A handful of temporally-difficult sayings press believers toward this conclusion. For instance:

For truly, I say to you, you will not have gone through all the towns of Israel before the Son of Man comes (Matthew 10:23).

For the Son of Man will come in His Father’s glory with His angels, and then He will repay each one according to what he has done. Truly I tell you, some who are standing here will not taste death until they see the Son of Man coming in His kingdom (Matthew 16:27-28).

By associating the coming of the the son of man with AD 70, these and other radioactive sayings can be safely neutralized. From there preterists work to disentangle events in our past (tribulation, destruction of the Temple, the coming of the son of man) from events in our future (final judgement, establishment of the kingdom on earth, the end of history). So while it can be admitted that Jesus prophesied that the former things would come to pass very soon, preterists maintain that the latter things lie off in the indefinite distant future.

The Temple and the final judgement

In a recent post I argued that the Transfiguration event could not bear the weight of Jesus’ eschatological words in Matthew 16:27-28 because no judgement or “repayment” was reckoned to “each one” on Mount Tabor. I concluded that in order to “see the son of man coming in his kingdom” one must experience the son of man’s condemnation or reward (cf. Luke 21:27, Revelation 1:7). Although well within the imminent time-frame supplied by Jesus’ words “some standing here,” the Transfiguration couldn’t feasibly represent “the Son of Man coming in His kingdom.”

Perhaps then AD 70 can bear the weight of these words. Surely many of Jesus’ contemporaries lived to experience the war with Rome. And surely many of them understood it as a day of divine judgement.

Still, when we try to relocate that day of judgement (Matthew 16:27-28) to the destruction of the Temple two new problems arise.

First, the Roman-Jewish war fails to constitute a day of universal divine repayment because its effects were too limited. Only Israel, and specifically Jerusalem, was harmed in the processes of the war. Most Gentiles (and Jews) in the known world were completely unaffected.

So in answer to the title of this post, the destruction of Jerusalem was merely one part of what the early churches throughout the empire expected to see within the very near future. They also expected their pagan enemies to be concretely defeated and their obedience to be concretely rewarded. In a word, they expected a new Davidic kingdom over the nations of pagan empire a la Psalm 2, a total socio-political transformation of the known world.

5 thoughts on “Did the disciples see the son of man coming in his kingdom in AD 70?”