Interest in the book of Jonah has recently swelled. The tired debates concerning the historicity of Jonah’s aquatic escapades have transformed into discussions concerning the novel’s apparently radical message. The BibleProject provides a now typical interpretation: Jonah is a “subversive story of a rebellious prophet who hates God for loving his enemies.” As such, the book indicts those who, like Jonah, long for divine violence and vengeance. Implicit in this reading is a critique or reevaluation of other Biblical voices—those deemed vindictive.

But is this the true message of Jonah? As two largely overlooked articles by Alan Cooper (In Praise of Divine Caprice) and Ph. Guillaume (The End of Jonah is the Beginning of Wisdom) propose, probably not. As with much Biblical interpretation, we find what we want to find. The “subversive story of a rebellious prophet who hates God for loving his enemies,” while a timely message, is a story patently belonging to us and our time.

The final verse of the book of Jonah has traditionally been understood as a question. God questions Jonah whether he should be concerned with a great and ignorant city—the implied answer being “yes, he should.” But reading the text as a statement rather than as a question is just as grammatically possible. And in this ambiguity lies the heart of Cooper’s and Guillaume’s interpretations of the book. If taken as a declaration, God closes the story by announcing not his concern for Nineveh, but his intention to destroy it in spite of its size and ignorance. Unlike Jonah then, who was brought to tears by the withering of a plant, God will not be moved by the destruction of a great city. God, we find, is not a human being that he should repent from his previous word of judgement (Guillaume 245-246, cf. Numbers 23:19).

And the Lord said, “You pity the plant, for which you did not labor, nor did you make it grow, which came into being in a night and perished in a night, but I will not pity Nineveh, that great city, in which there are more than 120,000 persons who do not know their right hand from their left, and also much cattle.” 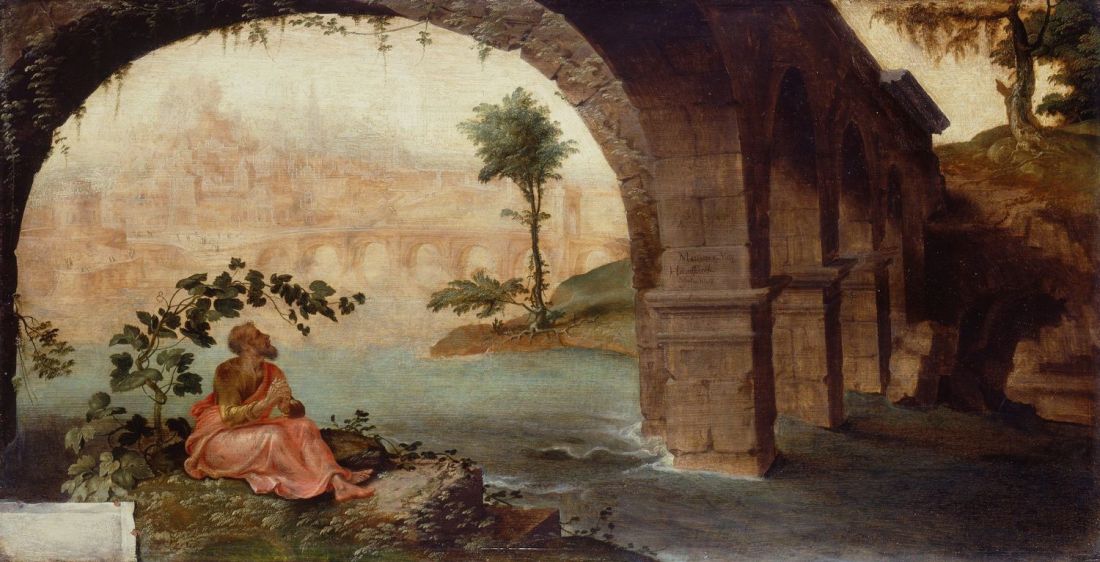 Cooper sees God’s closing pronouncement then as a defense of divine caprice. Nineveh will ultimately be unable to avert wrath through repentance because God freely saves and freely destroys irrespective of human striving. Divine deliverance, rather, something a recalcitrant Jonah receives quite frequently, is a wholly unmerited act of God’s favor. Nineveh cannot buy God’s mercy through repentance just as Jonah cannot earn God’s wrath through his steadfast disobedience. Thus in his closing speech, God proves himself untroubled by pity or by Nineveh’s display. “[Nineveh’s] repentance means nothing to [God], and he has kept his real reason for sparing them (if, indeed, he had one) to himself” (Cooper, 158). According to this reading, Jonah, like the book of Job, celebrates the impenetrable sovereignty of God.

God’s final statement must still correct some inadequacy in the prophet’s thinking. According to Cooper and Guillaume, God’s announcement of judgement does just that, challenging Jonah’s complaint against God in 4:2. Jonah had claimed that God had been duplicitous, announcing the destruction of Nineveh but intending to relent all along.

“O Lord, is not this what I said when I was yet in my country? That is why I made haste to flee to Tarshish; for I knew that you are a gracious God and merciful, slow to anger and abounding in steadfast love, and relenting from disaster.”

Jonah believes this deceit originates in God’s merciful character as revealed to Moses in Exodus 34:6-7. According to Jonah, God must “relent from disaster” because it is in his nature to do so. The salvation of Nineveh thus confirms Jonah’s suspicions about God’s unfairness and leniency. Jonah, as a result, is deeply troubled.

Quite conspicuously though, Jonah leaves out a critical portion of God’s self-revelation in his complaint. God also “by no means clears the guilty” and he indeed “visits the iniquity of the parents on the children” (Ex. 34:7). The Jewish reader could not have missed Jonah’s omission. And in this lies the misunderstanding that God corrects with his final words. Unbeknownst to Jonah, God will uphold justice. He will not let Nineveh’s past sins go unpunished. Repentance will not negate the consequences of sin. God promises as much in his closing statement, confirming his original decree against Nineveh and vindicating Jonah’s concern for divine justice.

God’s sovereignty: the parable of the kikayon

But what then of the parable of the kikayon plant? As all interpreters agree, the parable of the plant serves to explain God’s perspective on the situation and thus the message of the book. For Cooper and Guillaume, the story of Jonah and the plant allegorically depicts God’s relationship with Nineveh. God’s growing of the plant and God’s salvation of Nineveh are parallel actions. They are both unilateral acts of God; if Jonah did not receive wrath on account of his disobedience, neither did Nineveh receive mercy on account of its obedience. God inexplicably delivers both a repentant Nineveh and an obstinate Jonah, one from destruction and one from the sun. Such would be a fitting end to the story—God shows mercy to all.

But the parable continues. Without explanation God destroys the plant and relegates Jonah to suffer once again in the heat. The undeserved grace Jonah once enjoyed is unilaterally reversed. To make matters worse, God proceeds to question Jonah’s concern for the plant. Was it right for Jonah to care about the plant? Well, yes, the plant was the agent of his salvation. But while Jonah had cared about the plant and the good it brought him, God had apparently not cared about it. The one who grew the plant also brought it to ruin without compunction. Jonah’s perfectly natural concern was not God’s concern.

So what does this sudden turn of the parable indicate? God’s actions toward the plant, both to raise it up and wither it stand in parallel with God’s decision to both temporarily spare Nineveh and to destroy it. Nineveh, as it were, is to God as the plant is to Jonah. To God, Nineveh exists in the span of a day: “you pity the plant… which came into being in a night and perished in a night.” Like other pagan cities, it will be quickly roused for God’s purposes and then shortly thereafter struck down. And just as Jonah did not “labor” over the plant, God does not tend to the city as a gardener nourishes his vine. God, we find, cared no more about the plant than he cared about Nineveh and its repentance. In this God and Jonah are different: “you pitied the plant… but I will not pity Nineveh…” God is not a human being.

In sum, the withering of the plant foreshadows the doom of Nineveh. God is not bound by the workings of human logic. He is free to love Jonah despite his sin and free to hate Nineveh despite its repentance. Cooper’s conclusion then is fitting: “[God] does not care about Nineveh, and he does not remit the punishment of those he hates. God’s wrath is just as inexplicable and uncontrollable as his love, but that, too, is part of what it means for him to be freely and truly God” (Cooper 163).

One thought on “I will not pity Nineveh”

There is a plan