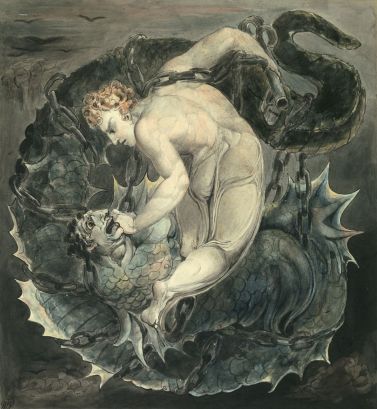 John P. Meier’s excellent A Marginal Jew series attempts to peer behind the curtain of the Gospel portraits to glimpse the Jesus of history. In broad brushstrokes, Meier’s restrained and measured work produces an Elijah-like eschatological prophet of the age to come. Scholars like Paula Fredriksen and Dale Allison reach similar conclusions.

In his latest volume, Meier tackles the historicity of the Synoptic parables. He begins by chronicling the seemingly uncritical scholarly tendency to attribute all or most of the parables to Jesus. Meier proceeds to dismantle the assumption that only Jesus could have produced the parables. He questions why the purveyors of Jesus-tradition, or the evangelists themselves, could not have also crafted parables in the style of their master. This possibility is reinforced as Meier brings to light the uncanny resemblance many of the parables share with their respective evangelist. The interests, theology, and style of the parables often align with the interests, theology, and style of the evangelists—parables unique to Matthew embody characteristically Matthean concerns while the parables unique to Luke embody characteristically Lukan ones.

What explains this phenomenon? Can it all be attributed to the evangelist’s hand brushing over Jesus’ parables? Meier thinks not. What is left of the Good Samaritan when the story’s vocabulary, grammar, and concern for Samaritans are imputed to Luke’s hand? Little to nothing. Though Meier admits that the Good Samaritan bears a particularly strong resemblance to its evangelist, his point is well taken: how can the parables be so quickly attributed to Jesus when they sometimes appear so heavily influenced by their respective redactors?

Having inspected the Synoptic parables with an incisive eye, Meier ascribes to Jesus with a good degree of certainty only four parables—three on the grounds of multiple independent attestation and one on the grounds of discontinuity. These first three are the Mustard Seed (Mark-Q overlap), the Great Banquet (M and L), and the Talents/Minas (M and L).

The fourth parable, the Evil Tenants, is accepted by the criterion of discontinuity. According to Meier, in its most primitive version (Mark 12:1-8), a man is murdered and thrown out of his father’s vineyard. Two other endings were later appended to this troubling story from without the story itself—first in verse 9 in which the murderers are destroyed, and then in verses 10-11 in which the son is restored. The story proper, however, which ends with the death and desecration of the son, Meier concludes could only have been told by the historical Jesus. It is not possible that a post-resurrection believer would have invented such a story in light of the widespread belief that Jesus was buried and raised.

Once situated within the ministry of the Elijah-like eschatological prophet, the meaning of the parables become intelligible. According to Meier:

While Meier rejects the authenticity of some of the parables, he leaves most in limbo. In these cases, there is not sufficient evidence to support or reject claims to historicity.

The Parable of the Two Houses

In regards to the Great Banquet and the Talents/Minas, Meier deduced that the Matthean and Lukan versions lack the “critical mass of words and phrases used in similar ways” required to be considered derivative of a single source (Q). These parables were therefore deemed to be multiply attested. The divergent vocabulary and phrasing of present in Matthew and Luke suggested two parallel sources concerning the same parable. I will argue that the same should be said in regards the two versions of the parable of the Two Houses.

Below I have coded identical words/phrases in red. Words that are shared but in different forms are coded in blue. Respectively then, Matthew 7:24-27 and Luke 6:47-49.

47 “I will show you what someone is like who comes to me, hears my words, and acts on them. 48 That one is like a man building a house, who dug deeply and laid the foundation on rock; when a flood arose, the river burst against that house but could not shake it, because it had been well built. 49 But the one who hears and does not act is like a man who built a house on the ground without a foundation. When the river burst against it, immediately it fell, and great was the ruin of that house.”

A skeletal form of the parable emerges from the words and phrases shared by Matthew and Luke. Jesus compared those who obeyed his teachings to a man who built a house upon rock, a house that subsequently withstood a storm. Likewise Jesus compared those who heard his teachings but did not obey them to a man who did not build his house on rock. This house did not withstand the storm. Virtually every other feature of the parable diverges. Unique to Matthew are the rains, the winds, the wise man, the foolish man, and the foundation on sand. Unique to Luke are the deeply dug foundation, the well built unshakable house, and the house without a foundation.

These additions fill out the skeletal structure likely provided by oral traditions. Consider in contrast the uniformity of other parables commonly held to originate in the Q source. The two versions of the parable of the Unclean Spirit who Returns are nearly word-for-word identical. The same is true of the parables of the Lost Sheep and the Leaven. The Matthean and Lukan renditions of the parable of the Two Houses (along with the Great Banquet and the Talents/Minas), however, exhibit far more variance.

What does this mean? The view that Matthew and Luke are here redacting a Q version of the parable cannot be sustained. Since they are clearly not copying each other either, it is much more probable that our evangelists know independent versions of this parable. Provided multiple independent attestation then, this parable goes back to Jesus with some likelihood. Accordingly, as Meier’s eschatological prophet, Jesus told the story of the Two Houses in order to warn his generation of looming divine judgement. Only the house built on the foundation of Jesus’ narrow path would survive the storm.

The Parable of the Strong Man

Unfortunately Meier does not address the parable of the Strong Man as he does not consider it a narrative parable. Regardless, is there evidence that this story goes back to Jesus?

It is clear enough that Matthew 12:29 is a lightly redacted version of Mark 3:27. But the  rendition in Luke 11:21-22 appears independent. Let us compare Matthew and Luke.

29 “Or how can someone enter a strong man’s house and plunder his goods, unless he first binds the strong man? Then indeed he may plunder his house.”

21 “When a strong man, fully armed, guards his castle, his property is safe. 22 But when one stronger than he attacks him and overpowers him, he takes away his armor in which he trusted and divides his plunder.”

Both stories tell of a strong man who is robbed by a craftier or stronger man. But that is where the similarities end. According to Mark/Matthew, a craftier man binds the strong man and plunders his house. According to Luke, a stronger man defeats the strong man in armed combat, plunders his stronghold, and divides the spoils. As was the case before, these are two independent versions of the same story and the parable should therefore be deemed authentic .

On to the matter of interpretation, the Synoptic Gospels unanimously locate the parable of the Strong Man within the Beelzebub controversy. When the Pharisees accuse Jesus of casting out demons by the ruler of the demons, Jesus exposes their foolishness with a question: “How can Satan cast out Satan?” (Luke 11:15-16). If Satan were casting out demons through Jesus, Satan would be destroying his own house. This seems an unlikely scenario. Jesus then provides his own interpretation of his exorcisms with the parable of the Strong Man. A stronger/craftier man (the Holy Spirit) has subdued the strong man (Satan) and is now plundering his goods (those possessed by unclean spirits). In this way Jesus’ success as an exorcist testifies to the visitation of God’s power in Israel. God is present in Jesus to end Satan’s dominion. What this spiritual defeat means for Israel and the nations is a topic for another post.

By the criterion of multiple independent attestation then, the parables of the Two Houses and the Strong Man should be added to Meier’s list of four. They almost certainly originate with the eschatological prophet from Nazareth.

4 thoughts on “Which Parables go back to Jesus?”