A growing number of theologians argue that Hell should be understood as a place of cleansing rather than as a place of damnation or annihilation. They insist that God’s judgement and wrath are the mechanisms of universal reconciliation—the instruments of God’s love. This view should be rejected for a few primary reasons. 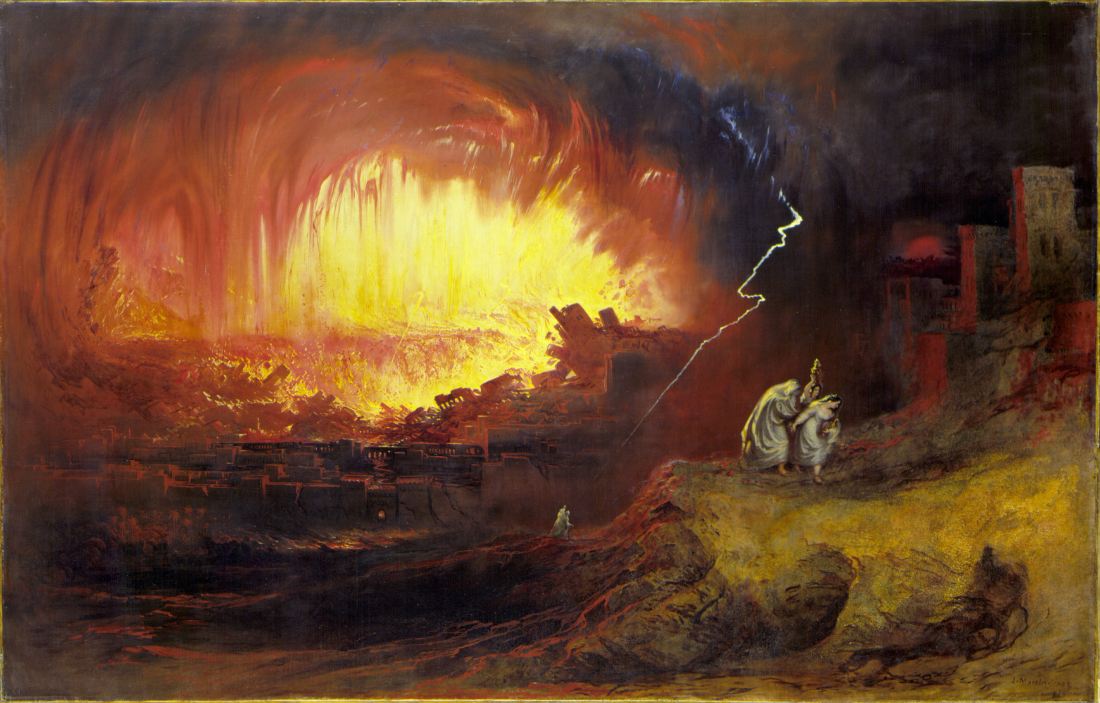 Purgatorial Universalism (PU) posits that contrary to modern translations, the New Testament does not refer to an “eternal” punishment. Rather, as PU maintains, the αἰών word-group has been misunderstood. In Matthew 25:46, for instance, κόλασιν αἰώνιον is said to refer not to an everlasting punishment but to a punishment pertaining to the age. This “cleansing” punishment is not indefinite in duration, but is limited to the/an age and results in salvation.

While the lexical question regarding αἰών seems to be an open question, this line of reasoning is undermined by the New Testament’s routine characterization of judgement as the destruction of the wicked. “Destruction,” ἀπώλεια in Greek, does not refer to a temporary dissolution—nor does it refer to a deconstruction for the sake of reconstruction. It refers to a permanent and complete elimination. The Baptist’s agricultural imagery regarding judgement captures this resonance: “His winnowing fork is in his hand, and he will clear his threshing floor and gather his wheat into the barn, but the chaff he will burn with unquenchable fire” (Matthew 3:12). Chaff is destroyed in fire, not refined. Similarly, in Jesus’ parable of the Wheat and the Weeds, the weeds are bundled and thrown into a furnace so that they might be “consumed by fire” (κατακαίω). These metaphors describe the destruction of the wicked, not their purification.

PU counters the above presentation with a number of key texts, notably, Romans 5:18 and Colossians 1:20.

Therefore just as one man’s trespass led to condemnation for all, so one man’s act of righteousness leads to justification and life for all.

While these certainly sounds universalistic, Paul’s language of destruction remains an impediment to PU. In Philippians 3:19-20 Paul contrasts the fate of those outside Christ with the fate of those inside Christ. The former group will receive “destruction,” but the latter group will receive “glorious bodies.” Note that the contrast here is not between those who are destroyed but eventually redeemed and those who escape destruction entirely—the contrast is between those who are destroyed and those who are transformed. Paul calls this destruction of the disobedient their “end” (τέλος). Paul expects no subsequent redemptive developments. Since such contrasts between the redeemed and those bound for destruction are found scattered throughout the Pauline letters (Galatians 6:8, 2 Thess 1:5-10) we should attempt to read the above verses in a nuanced way—Romans 5:18 and Colossians 1:20 are not hints that all people will eventually choose Christ. Rather, these verses praise the God who will reconcile to Himself all things that are in Christ. The power of darkness, and those allied with it, of course, will not be reconciled to the kingdom of the Son (Colossians 1:13-14). One principality will have to overtake the other.

There are two other purgatorial texts used in support of PU that I’d like to quickly address: the parable of the Unforgiving Servant and 1 Cor 3:10-15. These passages do indeed present judgement as a kind of cleansing process. The tortured servant may escape his fate when his debt is paid (Matthew 18:34) and the builder will be saved “as if through flames” (1 Cor 3:15). But advocates of PU who appeal to these fail to distinguish between judgement in regards believers and judgement in regards unbelievers. These both depict the former and not the latter.

Matthew 18 as a whole concerns intra-ecclesial procedures and attitudes. In that context Peter’s question “Lord, if another member of the church sins against me, how often should I forgive?” introduces the parable and Jesus’ warning “So my heavenly Father will also do to every one of you, if you do not forgive your brother or sister from your heart” is its conclusion. Jesus is thus addressing forgiveness (and judgement) among believers. The parable itself betrays this context too. As in the parable of the Talents, the actors in the parable (servants and master) represent the disciples and God/Christ. The allusion to God’s forgiveness of his servants’ sins is also clear (18:27). It is therefore firmly established in the text that the unforgiving servant stands in for all believers who do not forgive their fellow believers.

Likewise, Paul’s statements in 1 Cor 3:10-15 are directed at those who are building upon the foundation that is Christ (3:10-11). Paul thus leaves open the possibility that a genuine believer might be saved through fire even though his house is brought down on the day of judgement. A purgatorial salvation is therefore accessible to those who have chosen to build on Christ. Such a salvation is not granted to other builders. Fire refines God’s people (Psalm, 66:10, Isaiah 48:10, Zechariah 13:9, Malachi 3:3) but desolates God’s enemies (Genesis 19:24-25, Psalm 97:3, Revelation 21:8)

PU thus fails to muster any real support in the scriptures. Destruction cannot be understood as purification, not all things are reconciled to God, and a salvation through fire is left open to believers alone.